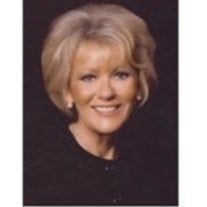 Joy Lewis May, 62 of Cartersville, passed away Saturday, November 23, 2013 following a lengthy illness. Joy was born November 14, 1957 in Cartersville the daughter of the late James and Millie Lewis. She is preceded in death by her loving husband... View Obituary & Service Information

The family of Joy Lewis May created this Life Tributes page to make it easy to share your memories.

Joy Lewis May, 62 of Cartersville, passed away Saturday, November...

Send flowers to the May family.