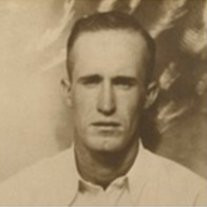 Mr. Homer “Doc” Cagle, 84, of Cartersville passed away Thursday, October 24, 2013 at his residence. Born in Bryson City, North Carolina on December 5, 1928, he was the son of the late Walter H. Cagle and the late Elizabeth Nation Cagle. In addition to his parents, he is preceded in death by his sisters, Lillian Gentry and Lucille Ray; his brothers, Britt, Burl and Mink Cagle; his special companion, his loving dog, CoCo; his special friends, Johnny Wayne Evans and Richard Townsend. “ Doc” was a loving husband, a hard worker and was the kind of person that went the extra mile to help someone. He also loved NASCAR Racing. He will be sorely missed by his family and friends. Survivors include his wife of 38 years, Shirley Cagle of Cartersville; his step-children, Retha Collum and her husband, Johnny of Cartersville, Brenda Padgett and her husband Terrel of Cartersville, Ricky Norton of LaFayette, “Boo” Norton of Kingston and Doug Norton of Cartersvsille; four grandchildren; numerous great-grandchildren; his sisters, Ruthell Earwood of Fairmount and Hilda Faye Waits of Taylorsville; his brother, Leroy Cagle of Royston; his sisters-in-law, Earline Cagle of Cartersville and Montine Cagle of Hartwell; and a number of nieces and nephews. Funeral services will be conducted at 2:00 p.m., Saturday, October 26, 2013 in the chapel of Parnick Jennings Funeral Home and Cremation Services with the Reverend Jeff Evans officiating. Interment will follow in Sunset Memory Gardens. The family will receive friends from 6 – 8 p.m., Friday at the funeral home. Serving as pallbearers will be Kevin Waits, Tommy Cagle, Richard Cagle, Joseph Rice, Dillon Rice and Steven Wright.

The family of Homer "Doc" Cagle created this Life Tributes page to make it easy to share your memories.

Send flowers to the Cagle family.